As Q1 2020 figures are available in many of our countries, you may dive in the updated graphs (no corona effect as of yet, but interesting as always):

Of the 8 EECFA countries, the highest growth of permitted m2 of buildings in 2019 was recorded in Ukraine. Both the multi-unit residential segment and non-residential buildings witnessed much higher permitted floor area than a year ago; almost 40% and 60%, respectively.

In the meantime, Turkey experienced a further massive drop. After permit halved in 2018, it halved again in 2019.

On the Balkans, Croatia and Serbia have the highest growth with both countries having registered an around 15% expansion driven by the residential segment.

Some countries like Bulgaria and Slovenia recorded a shrinkage, but both countries’ permitted m2 of buildings in 2019 was beyond the 2015-2019 average.

Which sub-market would you like to see?
Interactive graphs for 8 EECFA + 1 Euroconstruct countries:

The interactive permit and completion charts for residential and non-residential buildings in the 8 Eastern European countries EECFA covers and in Hungary (covered by Buildecon in EUROCONSTRUCT) have been updated with the latest data.

As Q4 2017 permit and completion data are being published, we’ve been updating our interactive permit & completion charts for residential and non-residential buildings in the 8 Eastern European countries EECFA covers
and in Hungary (covered by Buildecon in EUROCONSTRUCT)

Interactive charts for the 2 sub-markets:

And this summary table shows the latest data of permitted buildings (residential and non-residential floor area together). 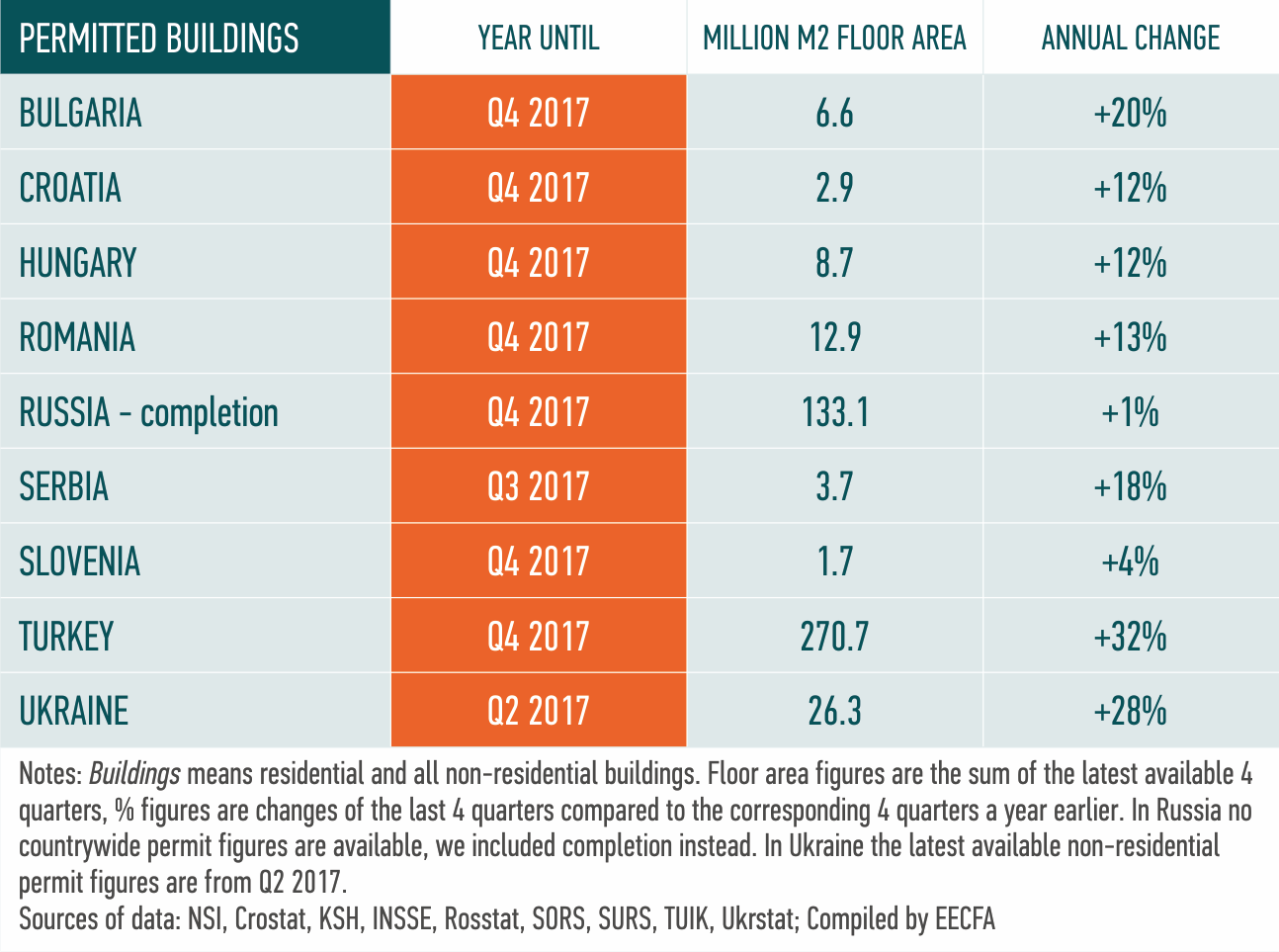 These data have been compiled by Janos Gaspar, Head of Research (EECFA, Buildecon)

Our permit-completion graphs about residential dwellings and non-residential buildings have been updated with the latest figures.

Here you can follow the developments on interactive charts for all the 8 Eastern European countries we are dealing with in EECFA + Hungary Buildecon is reporting about for EUROCONSTRUCT.

and here you can follow the development of both permit and completion on interactive charts: